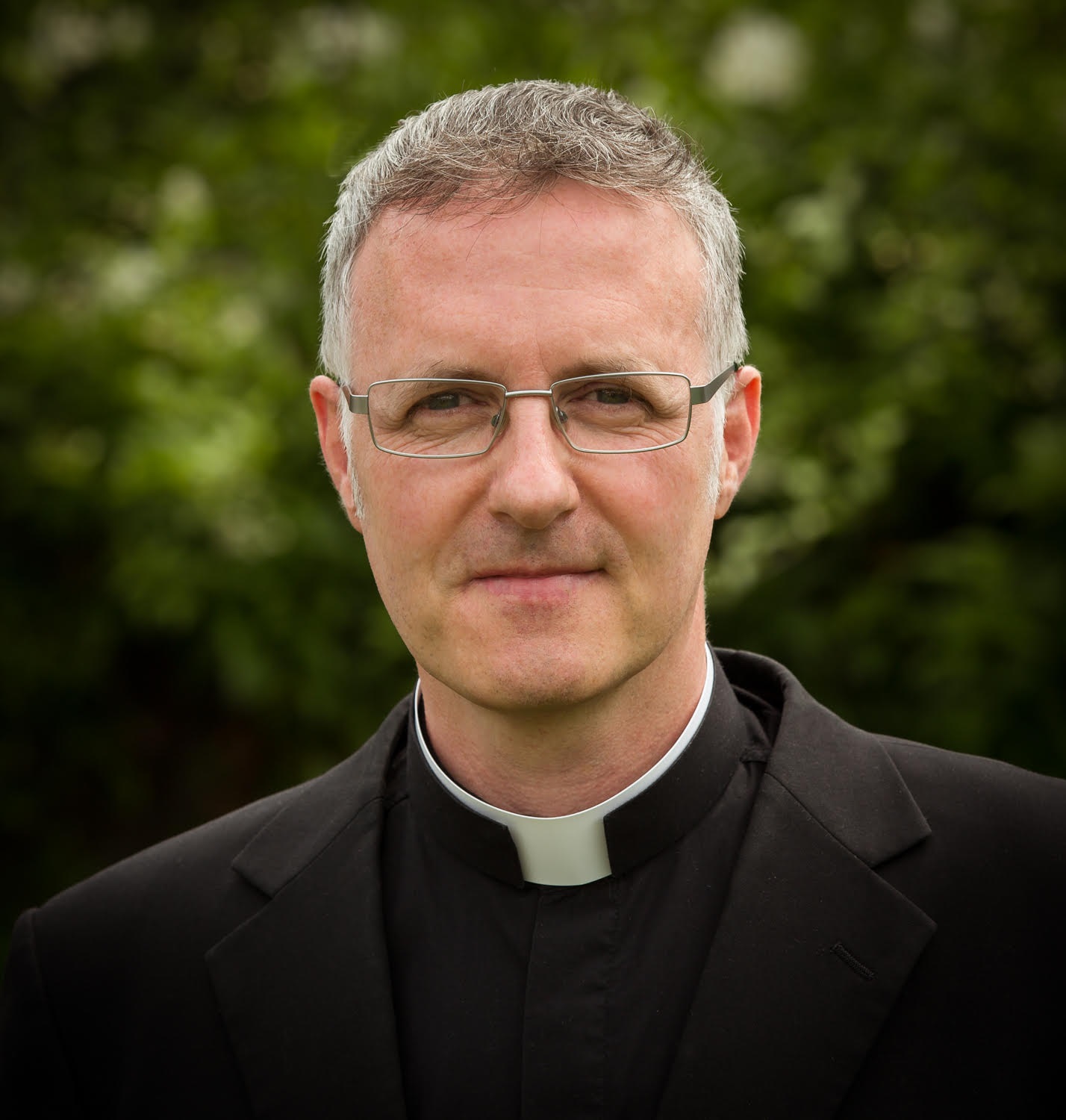 On 16th July 2019, Pope Francis appointed Michael Duignan as Bishop of Clonfert. He was ordained Bishop and took possession of the Cathedral of St Brendan on 13th of October in the same year.

Bishop Michael Duignan was born on the 15th July 1970 and is a native of Bealnamulla, Athlone, Co Roscommon. The eldest of a family of six, his primary education was at Cloonakilla National School and St. Aloysius College, Athlone. He began his seminary formation for the Diocese of Elphin with a Spiritual Year at St Patrick’s Missionary Society in Kiltegan, Co Wicklow and continued his studies at the Pontifical Irish College in Rome. In Rome he attended the Pontifical Gregorian University where he graduated with a Baccalaureate in Philosophy in 1990 and a Baccalaureate in Theology in 1993. As a postgraduate student he completed a Licentiate in Dogmatic Theology in 1995. In 1993, he was ordained a deacon in the Basilica of Santa Prassede, Rome by Most Rev Dominic Conway, Bishop of Elphin. On the 17th July 1994, Bishop Conway ordained him a priest in the Church of S.S. Peter and Paul, Athlone.

After completing his Licentiate, he ministered as curate in the Cathedral Parish of St Mary’s, Sligo and subsequently as chaplain to the Institute of Technology, Sligo before returning to Rome to complete doctoral studies in contemporary trinitarian theology at the Pontifical Gregorian University with Father Gerald O Collins SJ. Returning from Rome, he ministered as Curate in the Parish of Ahamlish and Innismurray, Cliffoney, Co Sligo and began teaching Theology, Philosophy and Religious Education at St Angela’s College (A College of NUI, Galway), Cloghereevagh, Co. Sligo. In 2005 he was appointed full-time Lecturer in Religious Education and Chaplain at St Angela’s College. In the same year, he was appointed Assistant Diocesan Secretary for the Diocese of Elphin. Subsequently he was appointed Director of Religious Education, Theology and Chaplaincy programmes at St Angela’s College.

He has served as Chairperson of the Board of Management of The College of the Immaculate Conception, Summerhill, Sligo, the largest post-primary school for boys in Connaught. In 2014 he was appointed by Bishop Kevin Doran Chancellor and Diocesan Secretary of the Diocese of Elphin, Episcopal Vicar for Education and Formation and in 2018 Diocesan Finance Officer. As Episcopal Vicar for Education, he took a lead role in the development of Coláiste Chiaráin, Summerhill, Athlone and St Comán’s Wood Primary School, Roscommon Town.